Be Scared with 15 of the Most Terrifying Jobs 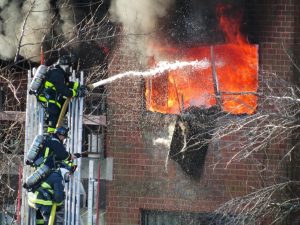 Living our ever day lives, working 9 to 5 and relaxing on weekends, is such a safe and normal lifestyle. However, while we’re going about “safely”, thousands of people all around the globe are risking their lives for the betterment of the world… and because it’s their jobs. Who are these people? They’re not superheroes, but they are individuals who take on the challenge of doing things others refuse to. To help shed some light on this, here is a list of the 15 most terrifying jobs in the entire world (in no particular order):

15 Most Terrifying Jobs You Should Know

These people risk their lives every single day. Records show that every year, over a hundred cops are killed, more than 50 on-duty firefighters perish, and over a couple hundred service members die in war.

This job isn’t as glamorous as TV shows and movies make them seem. Most of their time is spent on training and equipment maintenance. However, there’s no denying the danger that comes along once a call comes in.

Also known as Funeral directors and Undertakers, Morticians prepare the body of a recently deceased for the scheduled wake. If you have Necrophobia (dead bodies), Hemophobia (blood), or Autophobia (being alone) then this is not for you.

Cemetery Workers are flexible. They dig up graves, clean cemeteries, and even act as security guards. They have to deal with the possibility that when a zombie apocalypse comes, they’re the first to go. However, a $54k annual salary makes it easy for them to ignore the risks of their profession.

Another profession that deals with the departed, Cryonics Technicians preserves the heads of legally dead people in -200 degrees, in hopes of reviving them in the future when medical technology can bring back life.

Since we are on a roll, here’s another job that deals with people who have died. Forensic Entomologists go to crime scenes to study the insects surrounding the body. This is to help murder investigations. Needless to say, if you have Entomophobia (fear of insects) steer clear of this profession.

It is no secret that mining is one of the most life-threatening jobs out there. It has taken thousands of lives in previous years because of underground cave-ins, floods, and even blasts. But, if you’re not afraid of small dark spaces, and don’t really fear for your life, then you can make a decent living with $40,000 to $50,000/year.

Picture this: a handful of people working very long hours, in unpredictable weather conditions, around deadly equipment, a great distance from civilization. That is the life of a Crab Fisherman. However, the compensation is amazing; according to alaskanfishingemployment.com, there are workers who take home up to $15,000/month.

This gig pays well, but you’ll be playing Russian roulette with your life. In most cases, trials go smoothly. But, there have been reported instances wherein a bunch of people went through severe pain because of what they have taken. There have also been a number of deaths related to this job.

Another career that requires you to risk your health on a regular basis, Field Epidemiologists go to locations with outbreaks to study new diseases.

With a death rate of 13-17%, Hyperbaric Welding is considered one of the deadliest jobs in the world. They repair off-shore oil platforms, pipelines, and ships. There are a number of ways marine engineers can perish from this profession; electric shock, explosion, decompression sickness, dental amalgam breakdown, cognitive issues, drowning, marine animal encounters.

Studies show, that flying is still the safest way to travel—unless, you’re a Bush Pilot. They operate small, single-engine aircrafts in remote areas like rural Alaska or parts of Africa and South America. There are studies that put the chances of a Bush Pilot dying in a crash at one in eight in a 30-year career.

These are people we see outside tall buildings cleaning… well, windows. According to a study conducted by the US Department of Labor, every 10 seconds a window washer somewhere in the country accidentally plummets to his/her death. Kind of makes you want to thank them the next time you see them, huh?

They deal with heights and electricity—at the same time. These people go high up (sometimes at the very top) in towers to make repairs. By the way, if necessary, they also do their jobs even when it’s raining.

15. Repair Workers on Christ the Redeemer

Ah, this famous landmark we usually see in movies shot in Brazil. On January 2014, lightning struck and damaged this 125-foot tall statue. But, what we didn’t think of at the time was the people who are entrusted to do the repairing. Fortunately, there has yet to be any reported height-related death.

These jobs are not for the faint of heart. But if you think you can handle it, arm yourself with the best job hunt tools, written by the best professional resume writers, to showcase how fit you are for that job. 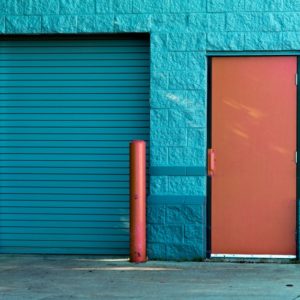 Are You Going for a Job or a Career? 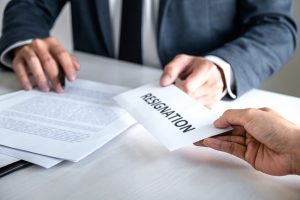 How to Write a Resignation Letter (with Examples) 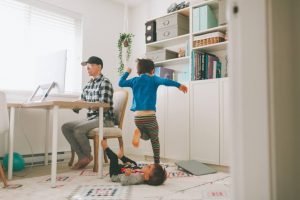 Single Parents: The Best Flexible Jobs and Their Benefits 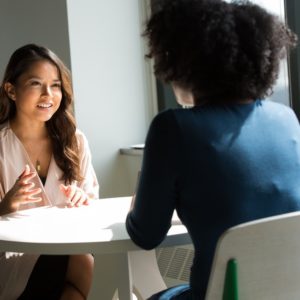 8 Steps on How to Fire Employees Nicely